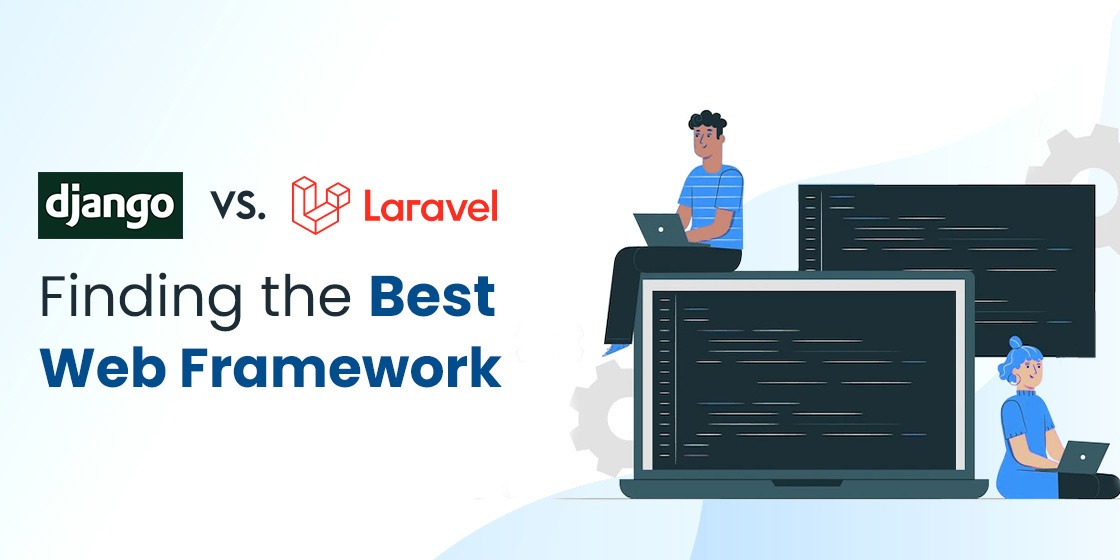 Thus enters the concept of a web app. Business owners wanted a web app that was interactive enough to keep the people engaged, while robust and scalable enough to handle the growth of the business efficiently. That is when the war of the web frameworks began. Proponents of popular frameworks started to portray their preferred technology as the better option, and the Django vs. Laravel argument is a result of that.

Now for someone who already has their favorite framework selected, this debate might be next to useless. However, if you are new to the field of web app development or are looking for a new technology to master, you might ask; which one is the better choice? Is it Laravel, the undeniable first choice for PHP lovers, or is it Django, the go-to option for Python aficionados?

Django vs. Laravel – An Overview of the Web Development Frameworks

Web development is a vast field, and many agencies today offer a variety of web development services for businesses and brands. Now depending on the development environment used, developers may have their favorites when it comes to software development frameworks.

For example, let’s say a web project is being developed by developers proficient in .NET development. So, the most obvious choice for a backend framework for that web app would be the ASP.NET framework. However, if the developers are experienced in other popular web frameworks like Angular or Express, they might end up using them instead of ASP.NET.

Similarly, the choice of your web framework is often dictated by the platform of your choosing. Depending on the development technology being used, such as PHP or Python, the web framework that suits that platform the best is often used.

According to Statista, Node.js is the top web development framework in the world, according to a sampling of web developers from across the world. Over 47% of the developers surveyed said that they use it for their web applications. It closest competitor, React, has a usage ratio of more than 42%. That means that these and others of their JavaScript-based brethren are reigning supreme in the web development world. But does that mean that other frameworks aren’t still being used?

On the contrary, there are many different web frameworks still being used by developers, including Django and Laravel. Now that we have established that, let’s take a look at these two in further detail, and see how these two differ.

Differences between Laravel and Django

Moreover, Laravel only supports the HTML middleware, while Django supports a variety of middleware options for its developers. Similarly, the PHP-based Laravel is slower compared to Django, which uses the quicker Python as its base.

When it comes to in-built tools and tool support, Django offers a far larger range of tools by default, including decorators. Laravel on the other hand, offers very few tools pre-built into it, but offers method injection feature to add them.

Finally, when it comes to the development environment itself, Laravel supports the older, more complicated method of using queues and events to run the cron jobs. In comparison, Django sets up a lightweight web server to speed up the deployment, and make the process easier too.

There are a number of differences other the ones described above. However, these differences are some of the most fundamental ones that separate the two web development technologies.

So now that we know the differences, let’s dive in and discover each of these technologies in detail.

Demystifying Django – What is It?

The Django Software Foundation developed Django in 2005. Released as a robust and comprehensive open-source framework, what set it apart from the competition was its stand-alone features for development and testing.

One of the biggest compliments that Django gets from its users is that it makes it easier to handle web applications that get complex over time, such as an ERP software system. And with many modern web applications designed to be scalable and handle large amounts of data, this ease of handling is something you want from your backend framework.

Let’s take a look at some of the top features that define Django.

Features and Elements of Django

The flexibility offered by Django is something is expected of a technology that is designed using Python. Some of its most notable features include:

Django is capable of building many different types of websites. That is because it can work with a variety of different client-side systems, and is capable of handling and providing content in practically any organizational structure, such HTML, JSON, XML, and even RSS bolsters.

Django, and many different Python-based technologies, are known for being quite a bit faster than their counterparts are. And Django uses the MTV architecture to its advantage, using the architecture’s unique properties to transmit data back and forth over the internet easier, and quicker. Moreover, its servers are quite quick at handling requests, and have a great uptime reputation.

Django uses a unique component-based engineering model, which follows a “shared-nothing” structure. What that means is that each part of the design is free and independent of the others, making it easy to replace, modify, or even remove a component if necessary.

The ORM used by Django is quite smart, as it allows for simple database management for records, making it easy to interact with your project’s database. That means that once it is in place, all a software developer or engineer needs is a basic knowledge of SQL to access and use that database.

The best part about Django is the vast array of tools that come bundled with the framework. These tools allow it to add features like email systems, admin dashboards, fund management interfaces, data analysis and visualizations, verification systems, and more. And by allowing the addition of such features easily via the framework, security and software testing tools included in the framework allow developers to focus on the core codebases in accordance with the industry standards and practices.

Understanding Laravel and What it Offers

Laravel was developed a few years after Django, and was created by Taylor Otwell in 2011. Its most popular use case is the development of a CMS in an uncannily short amount of time. Since its release, it has helped many a developer make their life easier due to its robustness and versatility that makes web development simpler.

Let’s dive in and discover what Laravel has to offer in detail.

What Does Laravel Offer Developers?

Laravel popularity among CMS developers is something from the legends. And it is all because of the way it handles the business logic and the presentation layers of the project, due to its support for the MVC (Model-View-Controller) architecture.

Its most popular elements include:

MVC architecture, or the Model-View-Controller architecture is quite popular among developers, as it allows them to build robust, scalable web apps easily by separating the logic-based aspect of the project from the visual aspect, thus allowing both of them to advance separately, and reducing dependency on each other.

This helps improve both the performance and the reliability of the system being developed, as well as allows for better web application testing, making for a better-optimized product.

Laravel offers one of the strongest web app security protocols among the top web development frameworks. It uses a combination of hashing and salting for its password components, which means that no password is saved in the plain text format in the database. Specifically, it uses the Bcrypt hashing algorithm in order to help you create an encrypted password.

When it comes to visuals, Laravel has a lightweight layout in-built that is capable of producing amazing visual formats using dynamic content seeding that allows for more natural-looking webpages that are easy to scan and process for viewers. Moreover, it also provides a strong structure to different widgets being used on the webpage by joining JavaScript code and CSS.

Laravel has consistency measures in-built that allows for the identification and removal of inconsistent values, or even values that that cannot be assigned to an available variable in your codebase. This removes the issues associated with unused variables or inconsistency of information that may affect the functionality of the app.

One of the most popular features offered by Laravel is the selection of pre-installed object-oriented and modular libraries that come with it. And the reason why that makes Laravel so popular is that this facility is not available in the large majority of other PHP-based software frameworks. For example, the authentication library is a necessary component that is easy to implement, and offers a host of benefits. By including this library pre-installed in Laravel, it allows developers to incorporate it quickly and easily within projects.

Summing Up – Which One Should You Choose

To sum it up, both Laravel and Django offers great value to their proponents. That means the Django vs. Laravel debate boils down to one simple fact – what platform are you going to use for your app. If you are planning to use a PHP-based platform, then there is no better choice than Laravel.

However, if your developers prefer Python as one of their top web programming languages, then Django is one you should choose. In the end, the expertise and preference of your development team on a specific technology often dictates your choice of web framework.

Is Django harder than Laravel?

Django is often considered the easier of the two frameworks to learn, as it is built using the faster and more user-friendly Python. However, Laravel is the easier framework to use, due to its simpler features.

Why are Python-based web frameworks preferred over Laravel?

There are a number of reasons why Python-based frameworks are considered over Laravel:

Yes, Django is a full-stack web development framework, and is used by developers who prefer to use Python for their web apps. 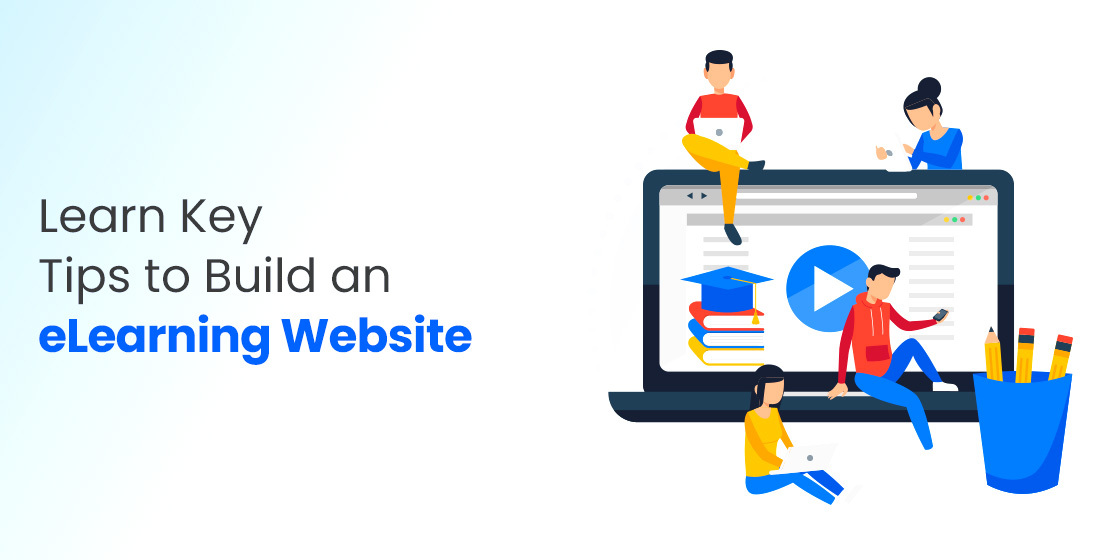 How to Create an eLearning Website: Key Steps to Know About 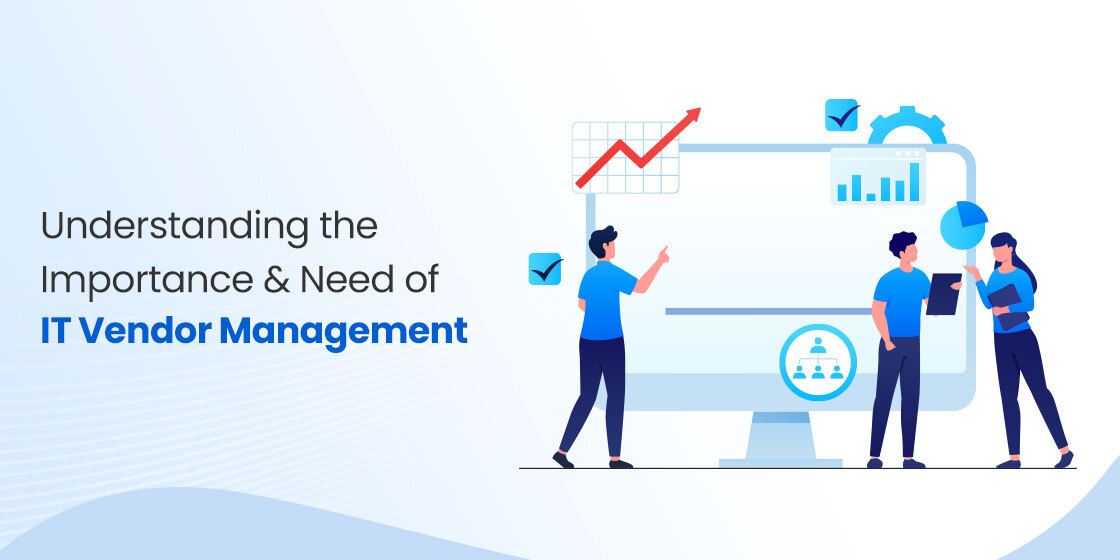 Understanding the Basics of IT Vendor Management 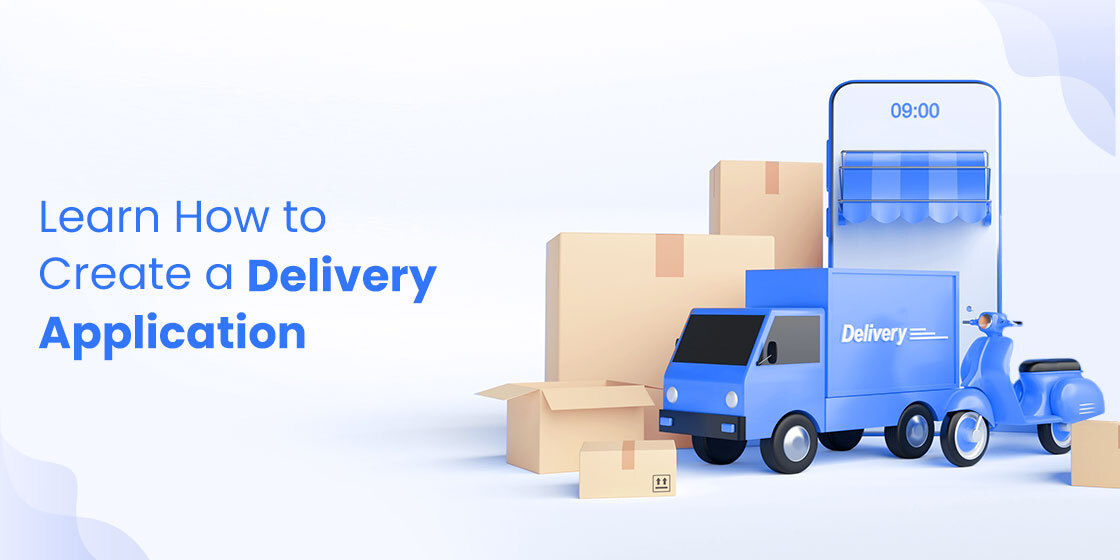 How to Create a Delivery App: Know About the Core Needs 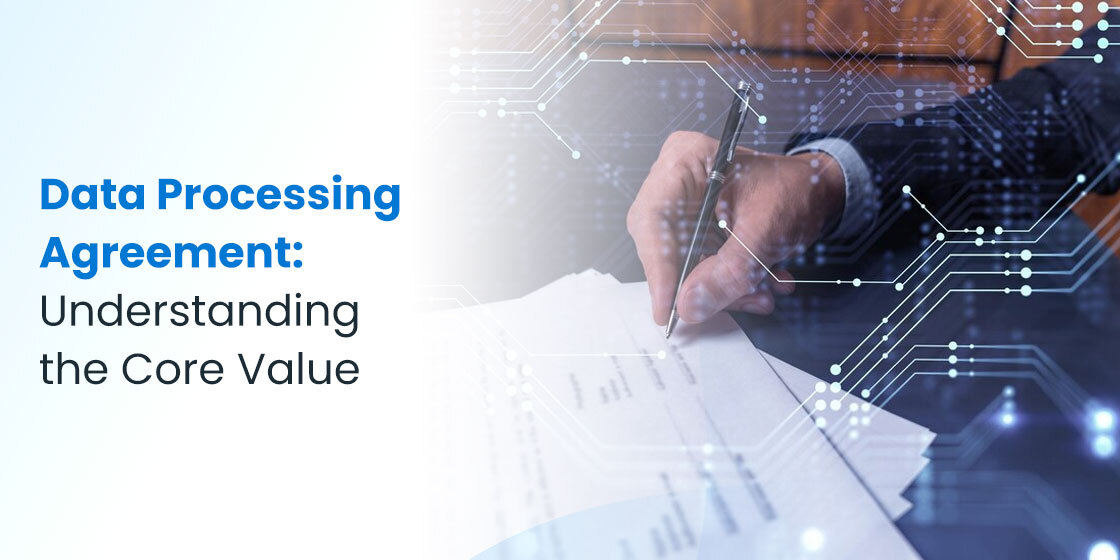 What is Data Processing Agreement & Why Does it Matter? 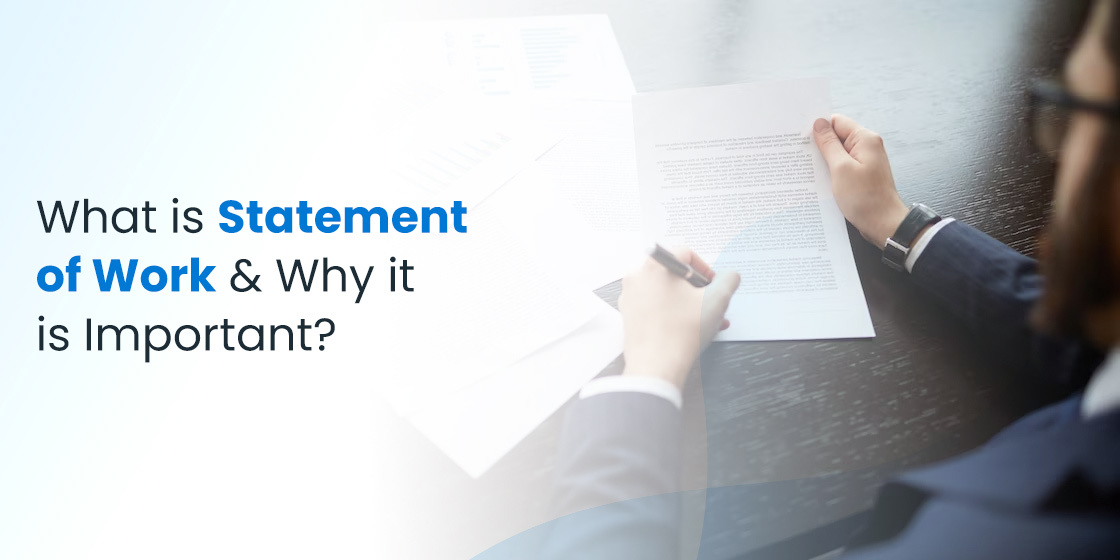 Know About the Core Importance of SOW in Software Development